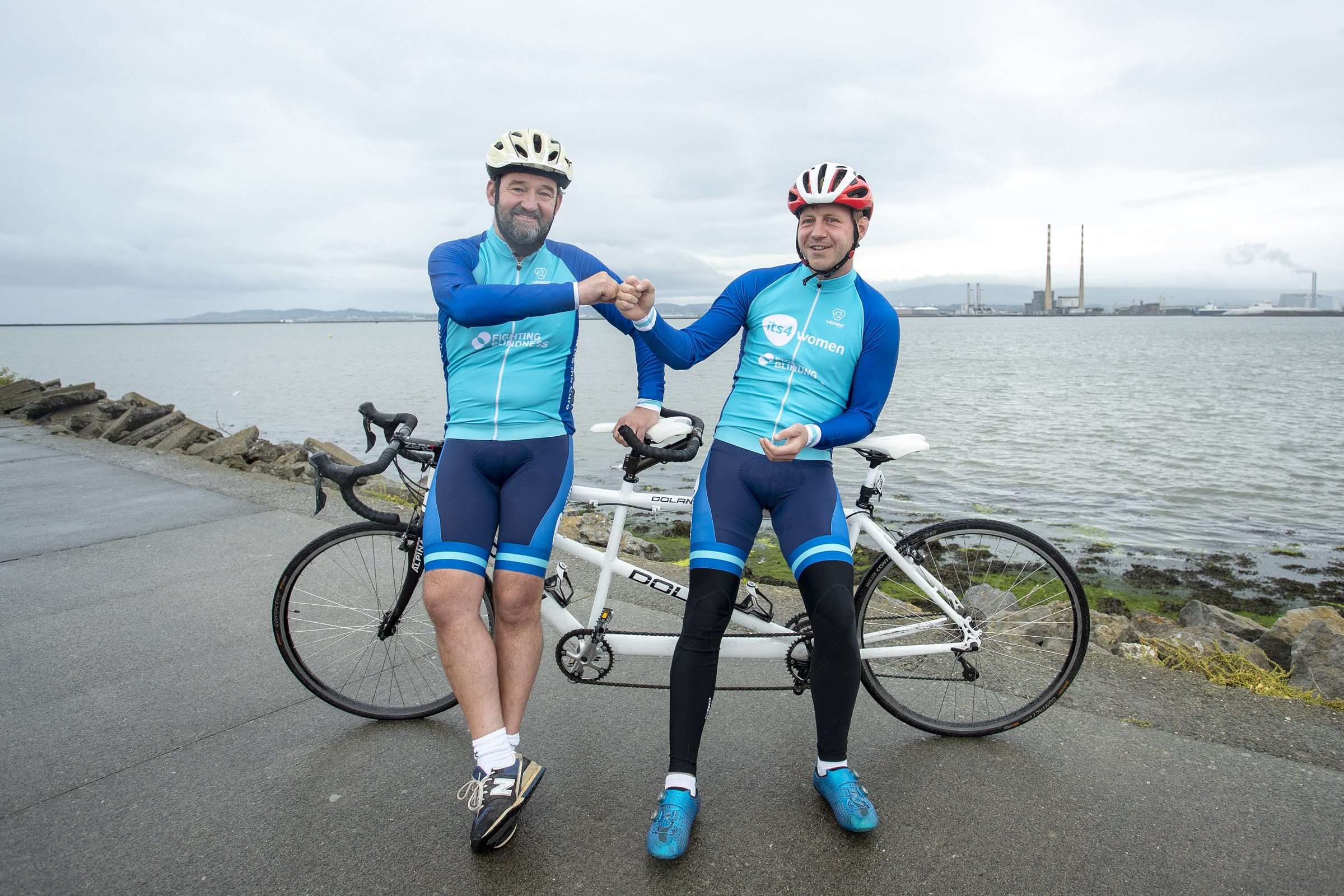 MCL InsureTech boss, Gary McClarty, will take on the Paris2Nice Charity Cycle with Peter Ryan this September to raise €10,000 (£8,500) in Driving the Cure for Fighting Blindness

A Coleraine-based business owner is to undertake the most gruelling task of his career in aid of a charity that supports blind and visually impaired people this September.

Gary McClarty, founder and owner of MCL InsureTech, and the name behind online insurance brand its4women, will cycle from Paris to Nice on a tandem bike with Paralympian Peter Ryan.

It will be no easy journey as the duo navigate over 700km (435m) of sloping valleys and sheer mountain tops with some downward tracks providing the backdrop for speeds up to 110km per hour.

The pair has embarked on an exhausting training programme ahead of the event (9-15 September), which will mean at least two 50km (31m) ride-outs mid-week and a longer 100km (62m) ride-out at weekends.

International cycling coach, Anthony Walsh, will be guiding the duo between now and September to build up their bike-handling skills, techniques and stamina.

Mr McClarty is undertaking the mission as part of the CSR efforts for the its4women brand, the company’s first bespoke insurance product.

In just over a decade, its4women has become one of Ireland’s largest independently-operated insurance intermediaries. Customers are based across the island of Ireland.

He is hoping to raise €10,000 (£8,500) for Fighting Blindness, an Irish patient-led charity with a vision to cure blindness, support people living with sight loss and empower patients.

It is the only Irish charity funding research into treatments for sight loss.

Mr Gary McClarty, Managing Director of MCL InsureTech, said: “During lockdown, I purchased a tandem so that my wife and I could go on some mini-adventures. We had great fun and I am now looking forward to taking on the challenge of cycling from Paris to Nice – 700km in just 6 days – to raise funds for Fighting Blindness.

“Once in the saddle, the most important thing for me will be communication with Peter to make sure that we know exactly where we are going and what we’re doing so he can stop pedalling or push harder. The great thing is that I get to be the brake, while Peter gets to be the turbo. Peter is very fit and that energy, along with my adrenaline, will push me along.”

Peter Ryan’s para-cycling success began in 2013 when he won the National Para-cycling Championships in the 40km time trial. After that, a long string of championship titles followed.

He was diagnosed with Leber’s Hereditary Optic Neuropathy in 2010 — an optic nerve disease — and today has just 10 percent of his sight left. Since his diagnosis he has been supported by the Fighting Blindness charity.

Mr Ryan said: “I’m not daunted by the physical side of riding over 700km. We’ll get through that. It’s the technical aspects of riding with someone I’ve never been with before on a tandem that will be the challenge!

“I’ve been on a bike long enough to know it doesn’t take very much for things to go wrong. It can be the result of fatigue or it can be something random like a dog running out in front of you. I have no say on braking and so communication and trust will be key between us. The important thing will be for Gary to gain the confidence he needs so that we can both work, quite literally, in tandem.”

Neil Ward, Head of Advocacy and Communications at Fighting Blindness praised the duo ahead of the tour.

He said: “Driving the Cure for Fighting Blindness is undoubtedly a remarkable challenge and clearly is not for those of a nervous disposition!

“Both Peter and Gary deserve our immense admiration and are real champions for the Fighting Blindness cause, which is hugely appreciated.”

The aim is to raise over €10,000 (£8,500) for research into sight loss conditions and members of the public can lend their support at www.idonate.ie/GaryAndPeter. 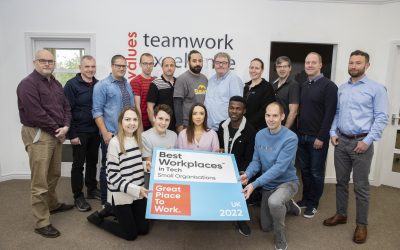 A local Software-as-a-Service company is the highest ranked Northern Ireland company and 6th place in the UK on the ‘2022 UK’s Best Workplaces™ in Tech – Small category,’ as awarded by the Great Place to Work™ UK Institute. For the second year running, Coleraine based... Opportunity to attract talent and experience to your team

Are you looking to recruit talented staff? Causeway Coast and Glens Labour Market Partnership along with Age Friendly Causeway and Causeway Chamber are holding a business breakfast event on Tuesday 4th October in the Lodge Hotel in Coleraine from 8.00am to 10.00am.... New programme to support SMEs to achieve their Ambition to Grow

Economy Minister Gordon Lyons launched a new Invest Northern Ireland programme today to support the growth of local SME businesses across Northern Ireland. Ambition to Grow is a £1.8million regionally focussed support programme. It has been developed by Invest NI to...