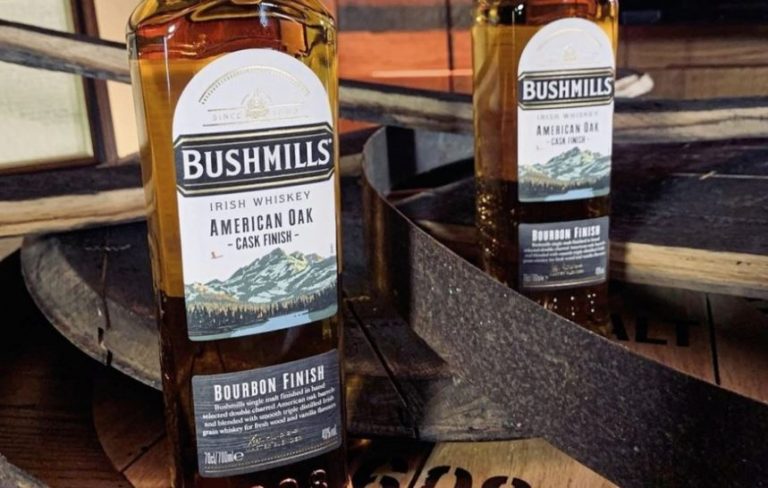 Bushmills has released a new whiskey inspired by its partnership with Louisville-based barrel makers Kelvin Cooperage.

Bringing together the traditions of two of the great whiskey-making capitals, the American Oak Cask Finish marks the second launch in the distiller’s Cask series following the release of  its Caribbean Rum Cask Finish in April.

Paul McLaughlin,  president of Kelvin Cooperage, said: “Our relationship with the team at The Old Bushmills Distillery began over 30 years ago. Over the course of three decades, we have worked closely in a continuous process of mutual learning and collaboration.

“At Kelvin Cooperage, we have remained true to time-tested traditional techniques, handcrafting and charring each cask, ensuring that The Old Bushmills Distillery only receives the finest American oak casks for this release. The double-charring process has a substantial impact on the flavour profile the cask imparts on the whiskey, which is what makes this American Oak Cask Finish product truly special.”

The Kelvin Cooperage was formed on the banks of the River Kelvin in Glasgow in 1963 but relocated to Kentucky 30 years ago to take advantage of the city’s proximity to bourbon country and to secure a steady supply of American oak for barrel production.

Bushmills Master Distiller Colum Egan added: “The Cask Finish range is an exciting and innovative move for Bushmills Irish Whiskey. The series offers discerning whiskey drinkers an accessible introduction to the unique casks ageing the exquisite whiskey we have here at The Old Bushmills Distillery.

“The American Oak Cask finish is the result of our long-standing relationship with Paul and his team at Kelvin Cooperage, world-renowned for producing the finest American casks.  We are immensely proud of our new Cask Finish range and are excited to bring our latest innovation to whiskey fans across the globe.” 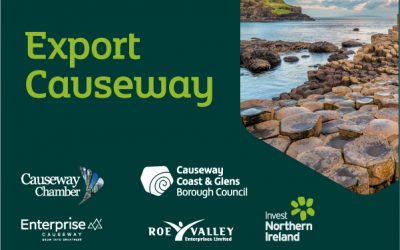 THE OPEN SET FOR PORTRUSH RETURN

Golf major The Open has confirmed it will return to Royal Portrush in 2025. The tournament generated more than £100m for the Northern Irish economy when it was held in the country two years ago. The news of its return was announced the First Minister for Northern... 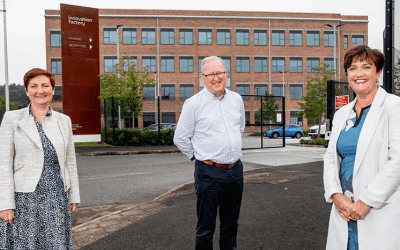 The Electric Storage Company is expanding its team with 10 jobs in a £780,000 investment to help it meet the growing demand for renewable energy across Northern Ireland, RoI and Great Britain. The company offers a new service to domestic energy users, which gives...